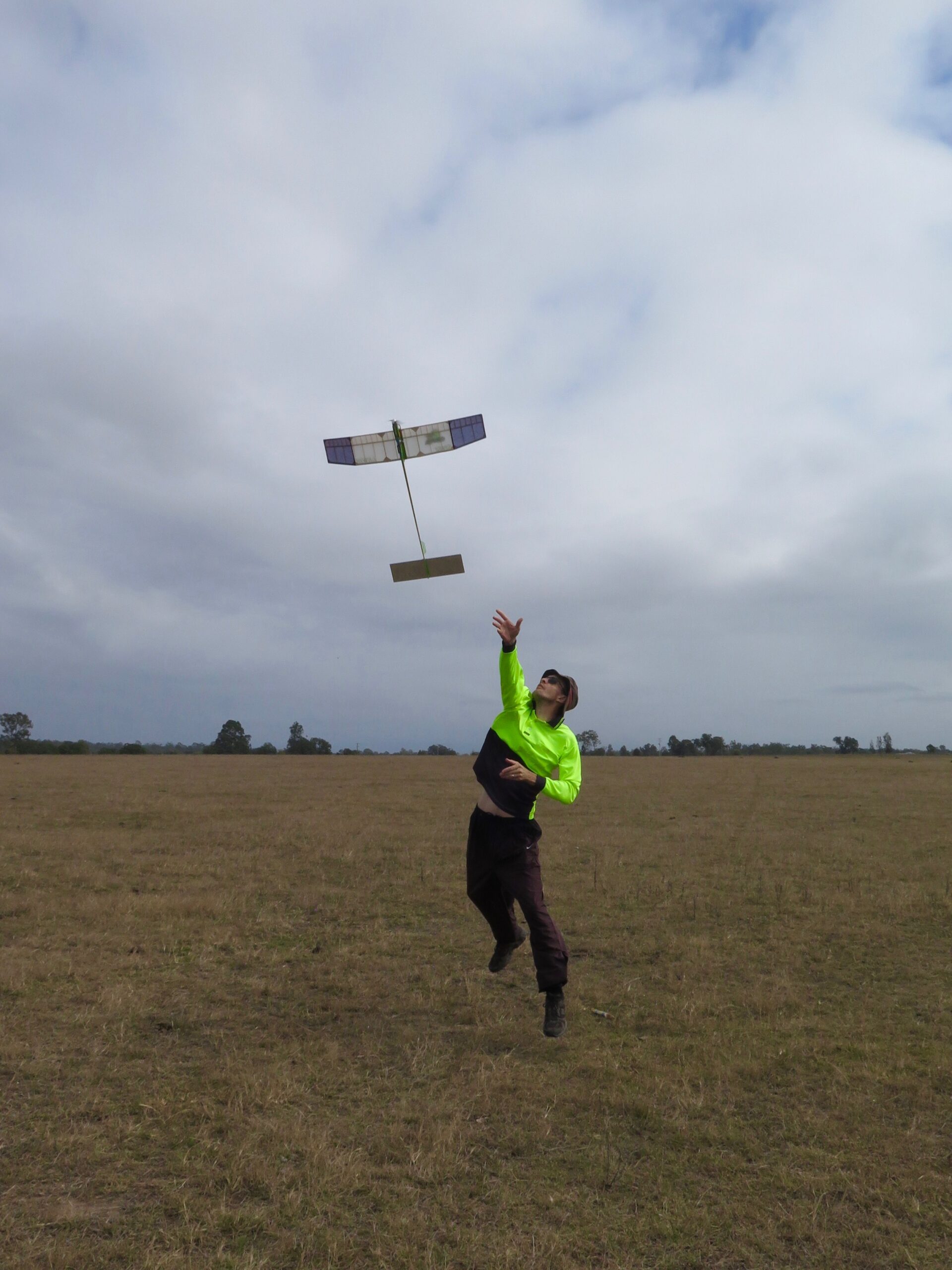 P18 (originally scheduled for July 3) attracted more interest than usual this year with team Lewis and Malcolm all building new models for the event. Unfortunately we had a lockdown in early July and consequently the event  was postponed till September 18. In the meantime we had our traditional westerly winds in August and early September with the dry conditions playing havoc with the lightweight structures. John ended up making 4 new tailplanes and two wings with each one warping till finally he got them to stay straight.

We finally got the opportunity to fly and the event was well supported with a couple of spectators including Mati who hopes to fly indoor next year and Len Surtees who used the other end of the hall to trim his new indoor HLG models.

Ron Munden was first into the air to record and impressive first flight of over 100 seconds while John, Ben Annika and Malcolm were trimming their new models. Uncharacteristically Larry was having some difficulties trying to get his model to perform. John flew next recording a flight of over two minutes and was optimistic about his chances however Ben flew soon after edging ahead by 3 seconds. John’s second flight exceeded 3 minutes putting pressure on the remaining competitors. Annika’s first flight was just short of 3 minutes moving her into an early second spot. Malcolm’s model made a good start of over one hundred seconds but was reaching the ceiling quickly making it hard to threaten the leaders. Larry just couldn’t get his model to behave and his scores were well below his usual results. John recorded a couple of scores over 3 minutes with his older Rafter Rider and then switched to his latest design (Rafter Rider 2) and made over 3 ½  minutes on his last flight.  Annika had a couple of scores just short of 3 minutes but managed to crack 3 minutes on her last flight to confirm second spot. Ben was running third and had a chance to take second place with a good final score however the colder air late in the day made this difficult and Ben fell short of what was needed by a few seconds. Ron flew very well, making a couple of flights over 2 minutes to achieve 4th place. Malcolm flying for the first time after many years wasn’t far behind leaving Larry in last spot. I think we can assume Larry will be back to his best next year as he usually dominates the rubber duration classes.

Connect with MAAQ on Social Media