The 2022/23 Committee are committed to ensure we serve our clubs to the highest possible standard for a volunteer organisation. We have detailed our committee structure below with contact information, brief job descriptions as well as functional responsibilities to help you identify who is the right person to talk to. 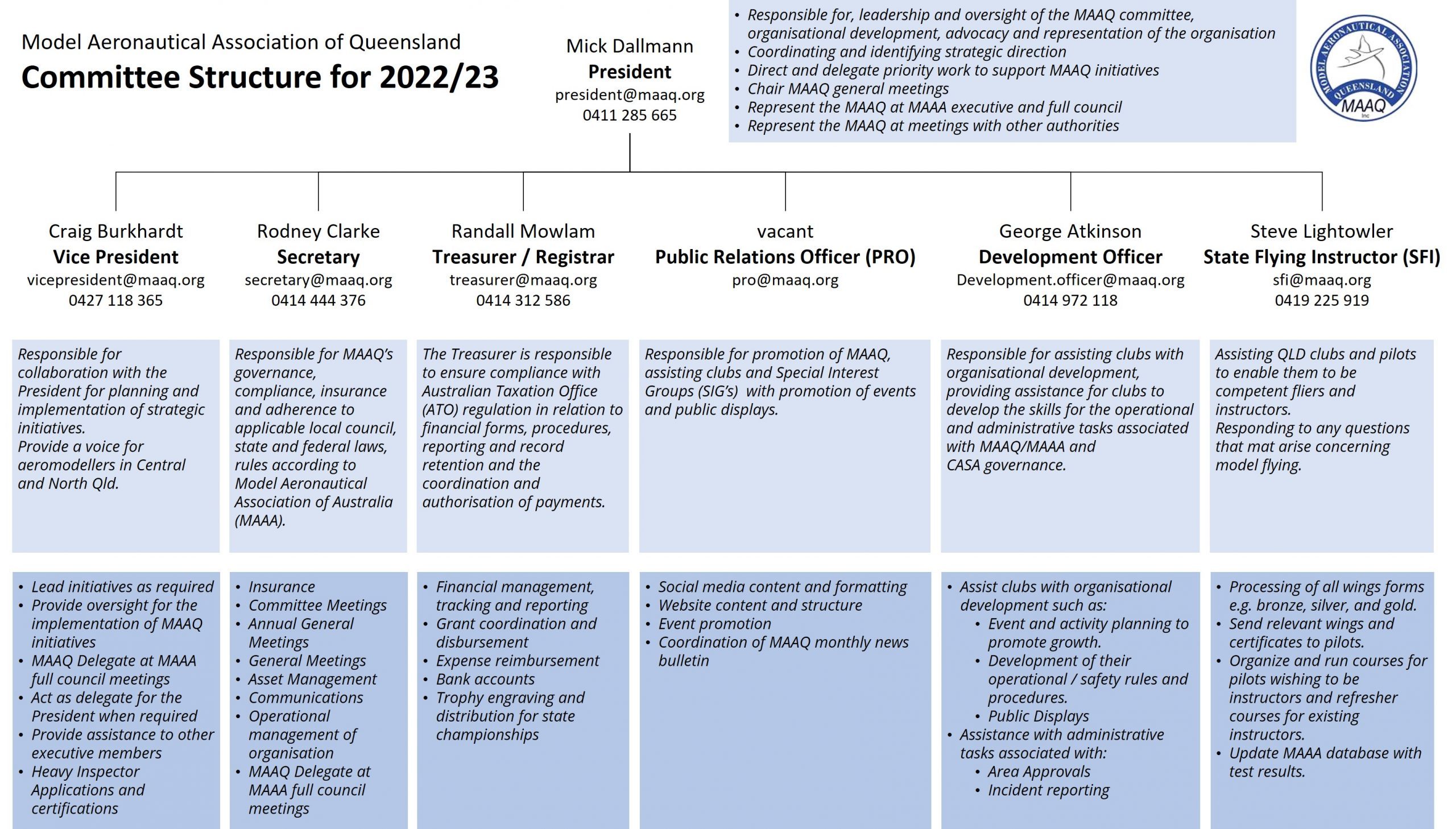 Have you ever wondered how our sport is governed? All of this information is buried in By-Laws, Constitutions and laws, however, lets explain it in more simpler terms using the diagram above, from the bottom up…

Connect with MAAQ on Social Media